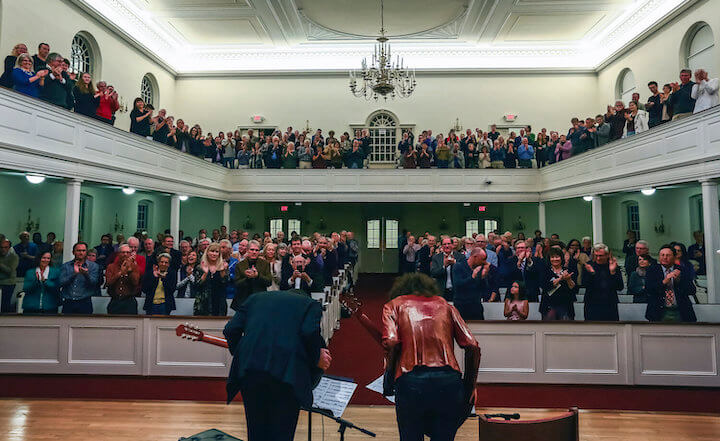 For more information about Sharon Isbin, visit her website

Since 2015, Colin Davin and Sharon Isbin (multiple GRAMMY winner, founder of The Juilliard School’s guitar program) have performed in a set of works from – or inspired by – Spain and Latin America. Together, they have performed at the 92nd Street Y in New York City, the Aspen Music Festival and School, the Chautauqua Institution, the New York Guitar Festival, the ELLNORA Festival, and more. As their student-teacher relationship evolved into a collaborative partnership, their on-stage chemistry and deep musical connection has been widely noted by audiences and critics alike.

Back to All Projects

Use the form alongside to get in touch for booking and other inquiries. We will get back to you as soon as we can.